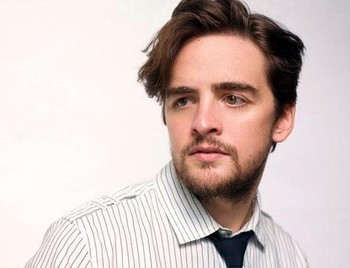 Vincent Piazza perhaps is best known for his portrayal of gangster Lucky Luciano on the acclaimed cable series “Boardwalk Empire.”

On the big screen, Piazza starred in Clint Eastwood’s “Jersey Boys.” His other recent films include the independent releases “The Wannabe,” “Surviving Me,” “The Girl Who Invented Kissing” and “You Were Never Here.”

Piazza made his feature film debut in “Stephanie Daley,” which premiered at the 2006 Sundance Film Festival, where it was nominated for the Grand Jury Prize. The following year, he appeared in “Rocket Science,” which also premiered at Sundance. In 2008, Piazza returned to Sundance for “Assassination of a High School President,” alongside Bruce Willis, and at Slamdance with Daniel Schechter’s drama, “Goodbye Baby.” Piazza also had a lead role in the 2010 film “Polish Bar.” In 2016, he headed back to Sundance for the premiere of “The Intervention,” in which he starred alongside Clea DuVall, Natasha Lyonne and Jason Ritter.

Piazza’s television credits include recurring roles on the hit series “The Sopranos” and “Rescue Me.” He also appeared in a guest role on “Law & Order” and co-starred in the pilot “Blue Blood.” He currently stars alongside Mark Paul Gosselaar and Emmanuelle Chriqui in the FOX series “The Passage.”

A native New Yorker, Piazza attended Villanova University, where he played ice hockey. When a shoulder injury sidelined him, he began studying acting. His early credits include the Off-Broadway plays “Baby Steps,” “A Match Made in Manhattan” and “Much Ado About Nothing.”