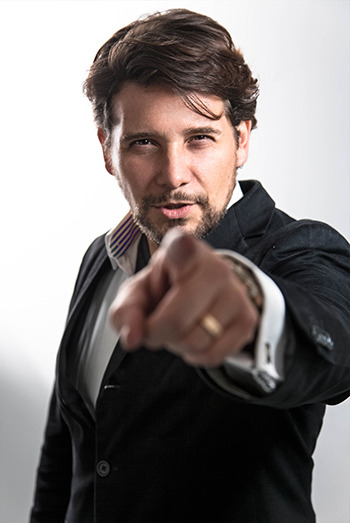 Sean Kenin is a versatile voice talent with credits both behind the mic and in front of the camera. He has been the voice of several campaigns including Burlington Coat Factory, AFLAC, and Courtyard Marriott, but most recently he can be heard as the voice of Mike Brady in a Snickers Superbowl commercial. Mimicry and impressions have been a hallmark of his career, from revoicing celebrities for ADR looping, to providing all of the voices of the Smurfs for producers, animators and the cast on set of The Smurfs and Smurfs 2. One of Sean’s favorite projects was to be featured in a game on the 20th anniversary DVD of The Princess Bride where he had the pleasure of playing Inigo Montoya, Westley, Vizzini and Miracle Max, some of his favorite characters in film. He has a new series coming out on Nick Digital entitled Mr. Sheep's Department of Dreams and will be on an upcoming episode of The Family Guy.