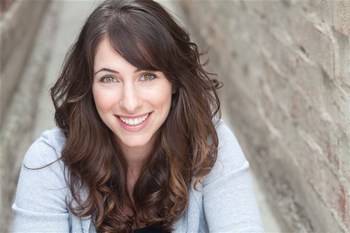 RACHEL LEWIS is an Emmy nominated writer, comedian, producer, actor and voice-over actor living in Los Angeles. Hailing from Big Sky country (Bozeman, Montana), Rachel made her way to Chicago after graduating from the University of Wisconsin—Madison with a degree in Theatre and Drama. She spent five years in the Windy City studying, teaching, and performing improv and sketch comedy at the world-renowned Second City, iO and the Annoyance Theaters. Making her way west, Rachel continued to study comedy with the prestigious Groundlings.

Residing in LA, Rachel wears many hats (both figuratively and literally, she likes hats). As a writer, Rachel has worked on shows at Amazon, Dreamworks AnimationTV, and PBS, where she and her writing partner garnered an Emmy nomination for Outstanding Writing for a Children’s Series for ODD SQUAD. As a duo, they have sold two original shows to Nickelodeon (shot one as a pilot, the other is currently in development). Rachel and her partner have also teamed up with Nerdist Industries to shoot their widely received sketch comedy show for kids…with puppets, PUPPET TOWN, as a live special (airing online soon!).

As an actor, some of Rachel's credits include, The Tonight Show with Jay Leno, Comedy Central’s Mash Up, Team Coco’s: Conan Intern Diaries, and The Craft Store, which she and partner wrote and sold as a web series to Fremantle Media. Rachel has also lent her voice and face to numerous television commercials and continues to keep her comedy chops fresh, performing at iO West with The Jon and Eddie Show, voted one of the top five improv groups in the nation by The Friars Club and some of BUST magazine's funniest ladies in Los Angeles. Get it! www.jonandeddieproductions.com