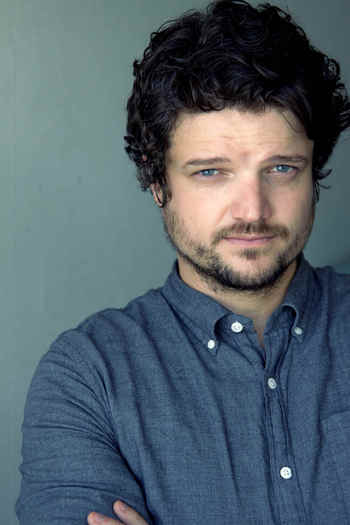 MATT JONES began acting in theatre as a young teen. At 17, he started performing improv and sketch comedy at Upright Citizens Brigade, Improv Olympic and all over Los Angeles. By the time he was 22, Jones was offered a job at the famous BOOM! Chicago theatre in Amsterdam. Three fantastic years later, he returned to Los Angeles and landed a recurring role as ‘Badger’ in AMC’s BREAKING BAD.
Jones is now a series regular in the new Chuck Lorre series MOM, opposite Anna Faris and Allison Janey. His other TV credits include recurring roles on NCIS, HOW I MET YOUR MOTHER and COMMUNITY. On film, Jones just wrapped a lead role in the William H. Macy directed THE LAYOVER with Alexandra Daddario and Kate Upton. Previously he played ‘Sheriff Dave’ in the indy zombie movie COOTIES with Elijah Wood and has played ‘Deputy Pete’ in Kevin Smith’s RED STATE as well as ‘Richie’ in the stoner comedy HIGH ROAD with Lizzy Caplan.

Jones has also sold two television pilots which he was attached as a writer/exec producer, one to MTV and the other to TBS.

On the animation side, Jones voices the character of ‘Hector’ in the Nickelodeon series SANJAY & CRAIG. This year, Jones played ‘Kyle’ in the Dreamworks feature HOME with co-stars Steve Martin, Jim Parsons and Rihanna. He also voiced the role of ‘Gunther’ in Disney XD’s KICK BUTTOWSKI.