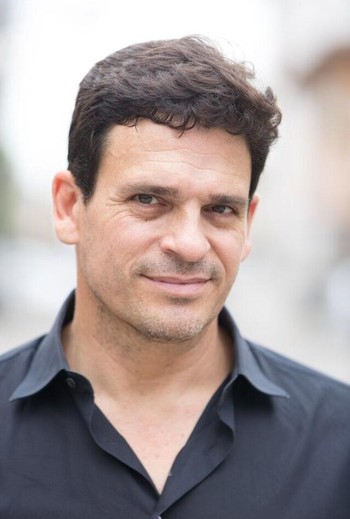 As the son of a linguist and growing up in Italy, it’s a fun irony that Jim Pirri’s iconic comedic role, Sergei, is a gibberish-speaking East European role. As Phoebe’s date, the hunky diplomat in the FRIENDS episode “The One Where Ross and Rachel Take a Break” Jim joined the pantheon of FRIENDS guest stars.

Cut to today, where Jim puts his skill with languages as well as myriad accents to play the Italian Gondolier in Dreamwork’s animated film PENGUINS OF MADAGASCAR as well as several smaller Scottish and British characters in the series and features, HOW TO TRAIN YOUR DRAGON.

Jim started his career doing a few seasons at the Colorado Shakespeare Festival where he played GUILDENSTERN opposite Val Kilmer’s HAMLET. He enjoyed doing classical theater for 6 years all over Los Angeles including playing Demetrius in MIDSUMMER NIGHT’S DREAM at the tony award winning theater, SOUTH COAST REP.

Jim is also a prolific actor and highly skilled in performance capture for theatrical and game releases. Most currently, Jim is in three releases: as the loyal but badass biker, Boozer, one of the lead p.c. roles in Sony’s video game DAYS GONE; Master Sergeant in Netflix animated series LOVE, DEATH, and ROBOTS and Angelo Bronte in Rockstar’s huge hit video game RED DEAD REDEMPTION 2. *Fun Fact: Jim relied on his fluent Italian to breeze through his audition for this role which consisted of a 3 page monologue in nothing but Italian, which then ended up being changed to Italian accented English for the players sake. Jim was happy he could give them great versions of both options.

Other great video game roles include Arabian accented Akeel Min Riah in CALL OF DUTY:INFINITE WARFARE, Italian accented Luca Vincenzo in BATTLEFIELD 1 and the Mid-Atlantic accented Nathanos Blightcaller in the WORLD OF WARCRAFT ouvre. But then returned home and used his native American accent as the evil and final boss Colonel Isenberg in the critically acclaimed LOST PLANET 3.

His current interest in the martial art of Jiujitsu as well as Salsa and Bachata dancing not only provide an athletic counterbalance in his life, but help keep him in shape and ready for the physical demands of Mocap work.