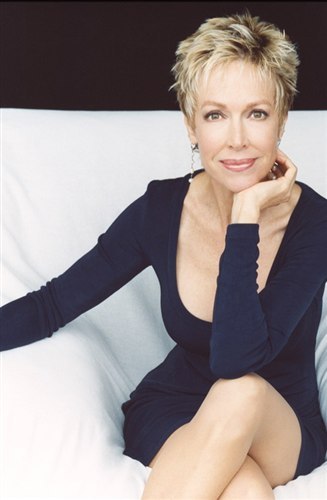 Adored for her singular magic for making what’s classic contemporary again, Jan Daley is the most multi-talented and beautiful Best Kept Secret in entertainment today. The triple-threat singer/songwriter, actress and playwright connects to audiences worldwide with her authentic, personal presentations couched with just the right amount of razzle dazzle to remind you why she’s at center stage.

As usual, Jan is currently juggling projects in various performance arenas. Her top priority is a new jazz/pop kissed easy listening CD, The Way Of A Woman. The title track is penned by Jan herself and she not only shows off her vocal skills but her writing excellence is also on display on 6 tracks of this CD.

If you have been listening to her recently released Great American Songbook EP “When Sunny Gets Blue,” then you’ll be excited to hear that “The Way of a Woman” will be completing that EP with six brand new smooth jazz songs. Jan
has been working with legendary Motown producer and writer Michael B. Sutton. Sutton has over two decades of experience in the music industry, seven of which were working as a staff producer and writer for Motown Records. Initially discovered by Stevie Wonder, Michael Sutton is now a seasoned producer and the president of iMerica Entertainment.

The CD opens up with the swinging jazz track “Come on Daddy” also written by Jan. The title track is an anthem for women who have seen the hurtful signs of a relationship gone bad. Jan sing’s it so soulfully “It’s the way of a woman, when she’s losing her man”.

Reflecting on Daley’s artistic excellence, Jack Segal assessed, “Jan is a truly talented musician, singer and lyricist. Her marvelous voice is selectively controlled and her intonation is immaculate.”

Other highlights of the11-song CD are a second chestnut from the pen of Segal entitled “More Love” (Jan’s soaring vocal couched in a spellbinding musical arrangement), the slinky, upright bass-driven “Cry Me A River” (on which Jan
works the low end of her range before getting some lovely alto scatting in – co-produced by Craig Garfinkle) and Jan’s celestially spare self-produced version of the torch standard “Skylark.”
The smooth jazz cut “The One I’ve Been Waiting For” has Jan’s voice caressed by
a sultry tenor sax featuring smooth jazz saxophonist Justin Young.

Billboard raved, “…in every sense of the word, a knockout!”
Variety proclaimed her, “…one of the most entertaining, best balanced talent
blends on the boards.”

Once crowned Miss California, Jan Daley began life as a bashful native of Inglewood, CA, who slowly but willfully blossomed, parlaying her classical piano lessons and dreams of becoming the next Carol Burnett or Debbie Reynolds into an enviable string of gigs and experiences that have become touchstones of her career – from Hollywood to Vegas to Broadway and many stops in between. Jan went from a lanky local medal-winning competitive swimmer and Hollywood singing lessons to sharing stages with the giants of giants of stage screen and the vaudeville comic circuit including George Burns, Rodney Dangerfield and Hope. She was also flown to Rome, Italy to be the originating vocalist of a song that was nominated for an Oscar (“Til Love Touches Your Life”), and has performed in stellar productions of perennial favorite plays such as “Oklahoma,” “Anything Goes” and “Taming of the Shrew.”

Along the way, Jan honed an intuitive skill for writing – songs and scripts – that has served her as a chronicler and a torchbearer of bygone eras - able to bring them back to vivid life via her words, her voice and her dynamic stage performances.