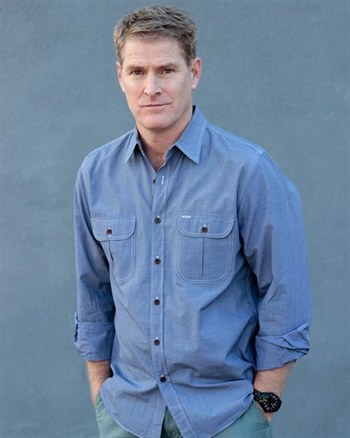 An accomplished actor, comic, host, voice-over artist and radio personality, Jamie Kaler is probably best known for his starring role as “Mike” on the hit TBS show, “My Boys”. His prolific acting career includes appearances on Friends, Will and Grace, How I Met Your Mother, Parenthood, and King of Queens, as well as numerous films and over 150 commercials. He is currently the host of “America: Facts vs. Fiction” on the American Heroes Channel which is entering it’s third season and has his own radio show on SiriusXM named “Kaler”. As a voice-over artist he is the voice of the "Bloopers Host” on the cult classic Robot Chicken and has been the national spokesperson for Carnival Cruise Lines.

Originally from New Hampshire, Jamie graduated from Boston University on an NROTC scholarship and served as an officer in the U.S. Navy before beginning his career as a performer. As a comedian he was one of the new faces at the Just for Laughs Festival in Montreal and has appeared on Chelsea Lately, The Late Late Show, Live at Gotham, Mock-pocalypse, and World’s Dumbest. When not working, he is obeying every command of his wife, Kate, and two daughters, Hannah and Claire.