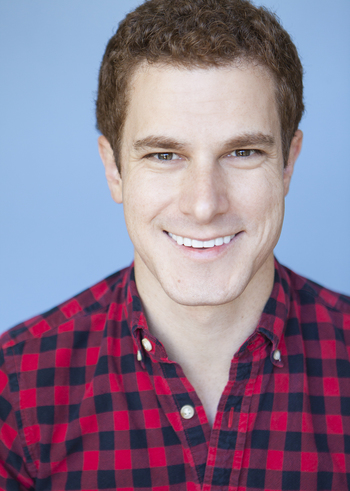 Jake Green is an actor, voice actor, and former virgin. He also somehow managed to have an ice hockey career playing juniors in Canada, despite being from Northern California.

No matter how much fun it was facing slapshots aimed right at his head, once his hockey career came to a close, Jake turned his focus back to his first love: acting. Because as everyone knows, the only industry with more job security than professional sports… is entertainment. Operating from the athlete's mentality of hard work and discipline, Jake went on to train and study classical acting at the London Academy of Music and Dramatic Art and earned his BFA from Boston University.

Never one to be pigeonholed, Jake then tucked his Shakespeare into his back pocket and dove headfirst into the New York comedy scene, studying improv at UCB, writing/directing/producing sketch comedy and performing stand-up all over the city. Jake also produced and hosted one of the hottest monthly stand-up shows in NYC, The Greatest Best Show, with packed houses and comedic talent that included the likes of Janeane Garofalo, The Lucas Brothers and more.

Having drawn inspiration from Mel Blanc and Jim Carrey ever since he was a kid, Jake is known for his incredible range and versatility, bringing humor and humanity to every role he approaches. He now lives in Los Angeles, where his eclectic career spans almost every aspect of the actor’s life: live action TV, animation, commercials, video games, promos, motion capture, narration, IVR and theatre.

And in a welcomed twist, no one has shot a puck at his head in like, years.