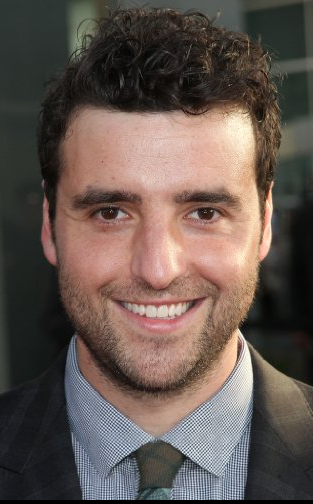 David Krumholtz is known for his vast array of characters over the many years, most notably starring in CBS’ highly successful and long-running series “Numb3rs.” On the big screen, he next co-stars in Warner Bros.’ “The Judge,” opposite Robert Downey Jr. He was also in the ensemble cast of “This Is the End” with, among others, Emma Watson, Jason Segal, Seth Rogen, James Franco, Jonah Hill and Aziz Ansari. Most recently, David had a recurring role as Myron on TBS’ “Men at Work”. He has also recurred on the highly regarded HBO series “The Newsroom” opposite Jeff Daniels playing Daniels’ therapist. He also starred opposite Michael Urie in CBS’ “Partners,” written by “Will & Grace” creators Max Mutchnick and David Kohan. Krumholtz reprised his role as ‘Goldstein” for a third time in “A Very Harold & Kumar 3D Christmas,” having appeared in the first two films of that successful film franchise. He also was seen alongside Jim Carrey in 20th Century Fox’s “Mr. Popper’s Penguins.” Other big-screen credits include the smash-hit comedy “Superbad,” and alongside John C. Reilly in Columbia Pictures’ “Walk Hard.” Additionally, he co-starred opposite Anthony Hopkins and Demi Moore in Emilio Estevez's SAG and Golden Globe-nominated film "Bobby," the story of Senator Robert F. Kennedy's 1968 assassination at the Ambassador Hotel. He was seen in yet another highly acclaimed movie, Universal's Oscar-winning "Ray," for director Taylor Hackford. He received critical acclaim for his starring role in the FX tele-picture "Big Shot: Confessions of a Campus Bookie." More credits for the big screen include "Serenity," the feature-length adaptation of the sci-fi drama "Firefly," "Santa Clause 2," "Slums of Beverly Hills," "The Mexican," "Sidewalks of New York," "Scorched," "Ten Things I Hate About You," and Barry Levinson's critically-acclaimed "Liberty Heights." For the small screen, he also appeared in NBC’s “The Playboy Club.” Krumholtz currently resides in Los Angeles.